Not often you see a “tail-dragger” at Essendon YMEN but tucked in the corner on the evening of October 21, 2014 was an Aviat A1-B, VH-ZHY.

Tucked in the general aviation corner of the airfield, VH-ZHY, formerly N363HY, shades from the afternoon sun.

According to web sources, this aircraft was first registered in the United States in 2006, having had 3 owners, prior to being sold privately to a South Australian owner in 2011. It is not hard to see that this beasts original callsign was N363HY, as the cockpit cover used on this aircraft when seen had that very registration number on it.

The Aviat A1-B is a fixed wing, single engine 2 seater designed to operate in harsh conditions and often used in the outback of Alaska.

Over 650 have been built and operate around the world as an observation aircraft for private and government organisations. 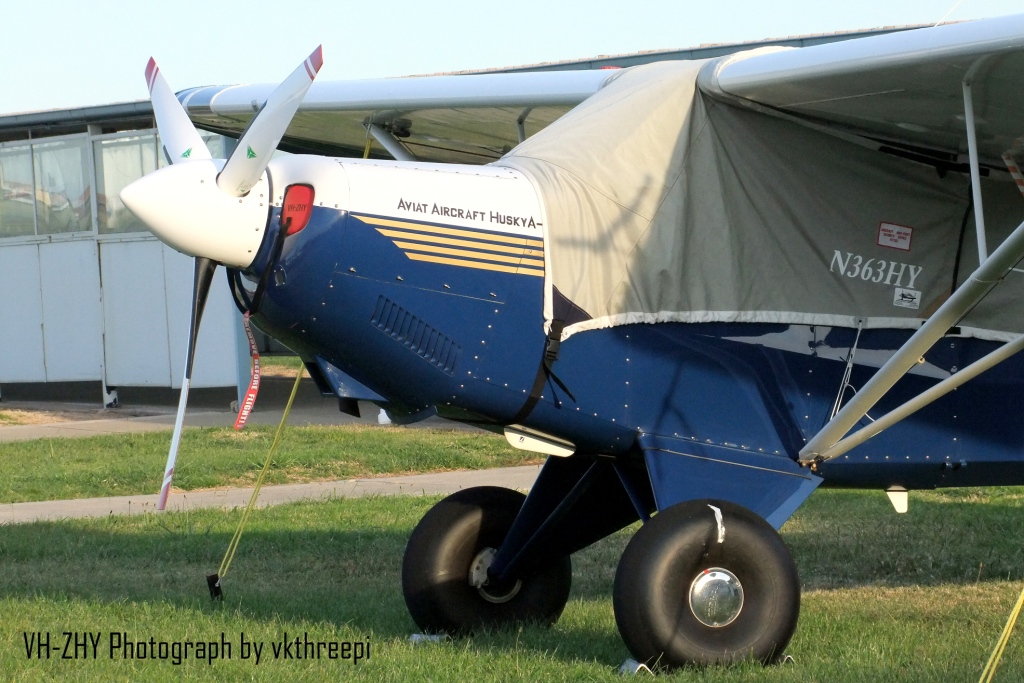 Aviat A1-B Husky VH-ZHY proudly displays its powerful Lycoming engine with 3 bladed propellor. Also love the wheels – wish I had those on my “billy cart” when I was a kid!

Salient statistics for a typical Aviat A1-B are: 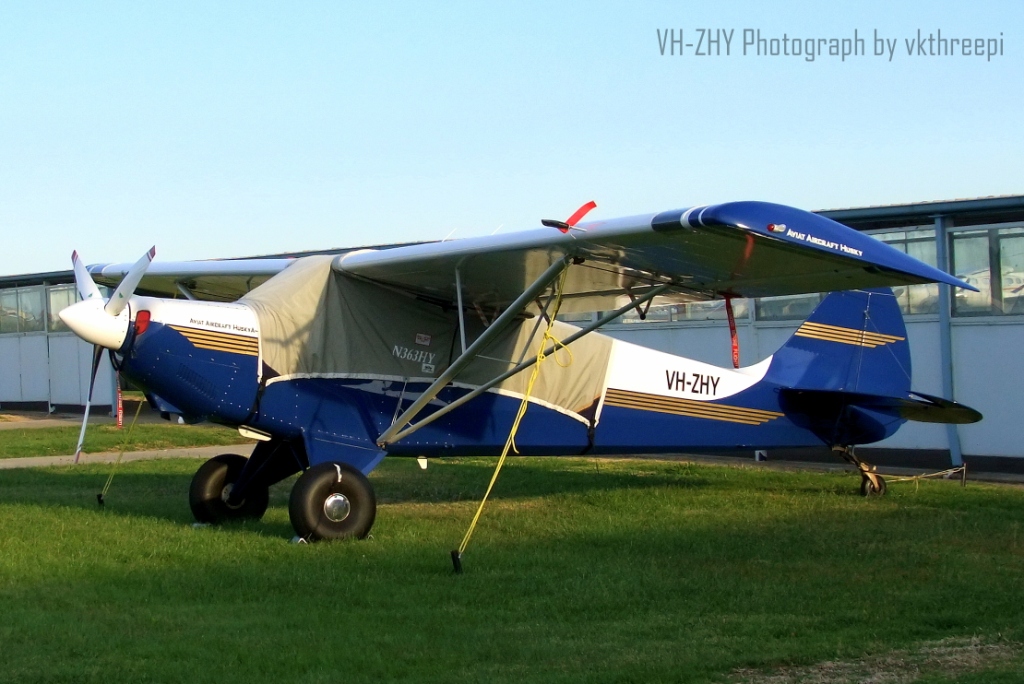 Resting on the grass in the afternoon sun, an Aviat A1-B “Husky” VH-ZHY.

Look forward to seeing VH-ZHY again and perhaps have the opportunity to watch this aircraft take off or land.

Photographs taken using a Fuji S200EXR and are copyright vkthreepi.

Photographs have been compressed for web presentation.