Melbourne International Airport (YMML) was opened in 1970 after a very lengthy planning and approval process commenced in 1959 for a new airport to replace Essendon Airport as Melbourne’s premier airport.

The fact is that Essendon had succumbed to the jet age and was unable to accommodate the larger and heavier Boeing and Douglas jet aircraft being produced in the 70’s.

Melbourne Airport is one of the only airports to have all operations under the one roof with four terminals – Terminal 1 Qantas & Jetstar, Terminal 2 All international movements, Terminal 3 Vicgin & Regional Express and Terminal 4 Tigerair.

Melbourne Airport is one of Australia’s only airports without a curfew, allowing airlines to run 24×7 operations. 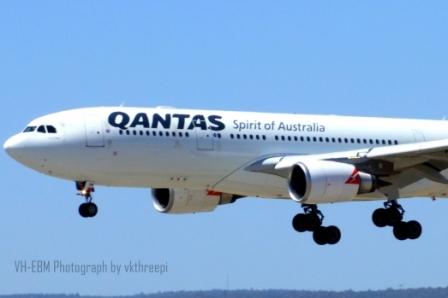 As a consequence you will hear air traffic 24×7, with the least amount of traffic between 0100 and 0530 in the morning. After 2200 at night many international flights depart Melbourne  so air traffic is quite busy.

The following are some of the Air Traffic Control frequencies you will find interesting to listen to:

Sorry, the comment form is closed at this time.